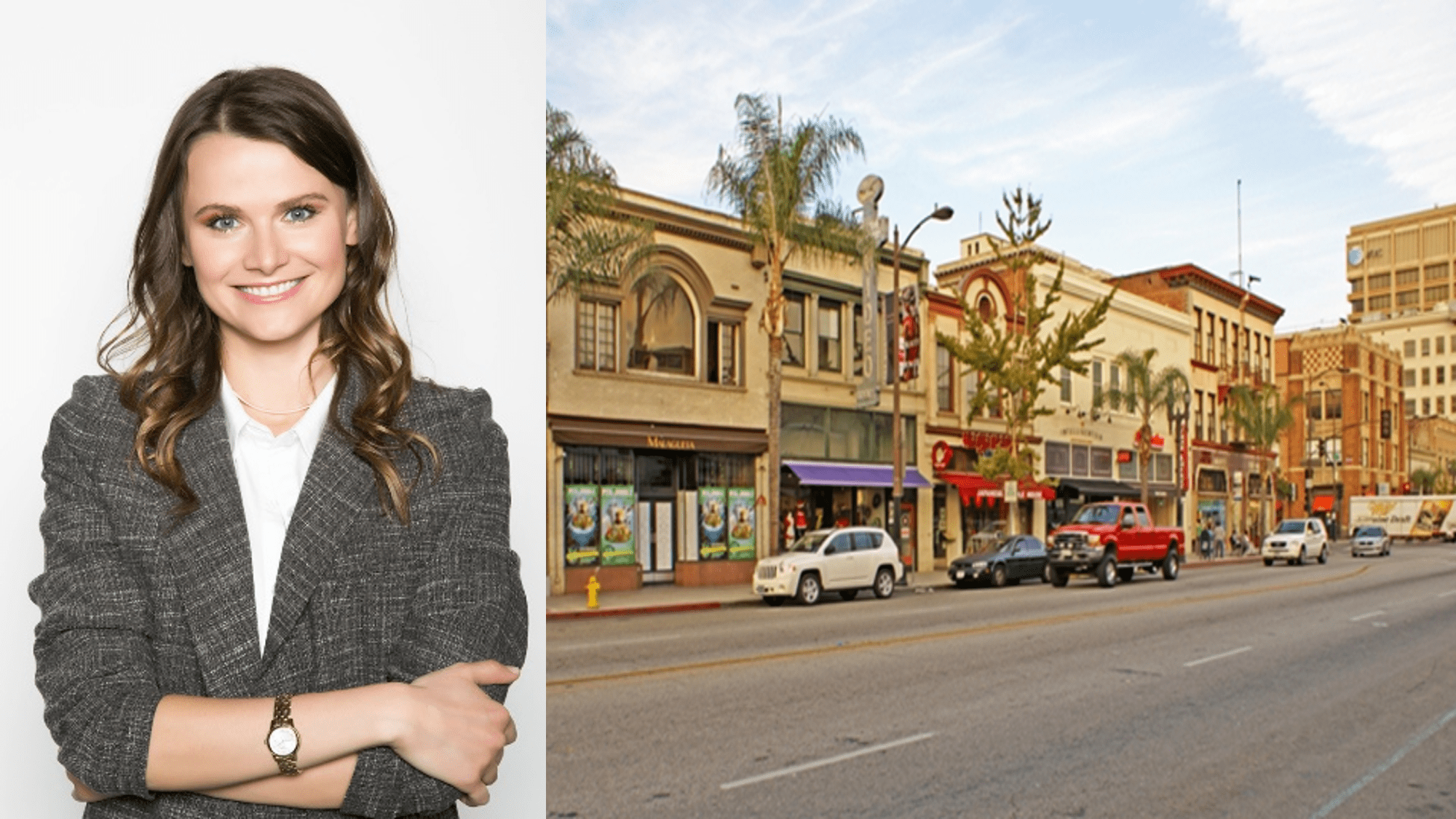 I. THE CASE OF THE MISSING HUSBAND

53
— Shop at Dicey’s Department Stores, where women’s fashion is our passion.

Sara Smith, a Pasadena resident, went shopping.
She is 30, and has lived at 3037 North Foothill Street since 1992.
Sara has been married to John for seven years.
They have two children; Bob is five years old and Nancy is three.
Sara owns a 1995 four-door blue Toyota.
At 9 a.m., Sara got into her car and drove to Barget, a department store a mile away.
Barget was having a holiday sale.
Sara bought a four-slice toaster for $29.95 plus tax.
The regular price was $39.95. She paid by check.
On her way home, Sara stopped at MilkPlus to buy a gallon of nonfat milk.
The milk was $3.50. Sara got 50 cents back in change.
Sara arrived home at 10 a.m.
John and the kids were still sleeping.
She woke them up and then made a hot and nutritious breakfast for everyone.

Tris: We’re lucky to be in the city. They say the war was terrible, that the rest of the world was destroyed. Our founders built the wall to keep us safe. And they divided us into five groups, factions, to keep the peace.

The smart ones, the ones who value knowledge and logic, are in Erudite. They know everything.

Amity farm the land. They’re all about kindness and harmony, always happy.

Candor value honesty and order. They tell the truth, even when you wish they wouldn’t.

And then there’s Dauntless. They’re our protectors, our soldiers, our police. I always thought they were amazing. Brave, fearless and free. Some people think that Dauntless are crazy, which they kind of are.

My faction is Abnegation. The others all call us stiffs. We lead a simple life, selfless, dédicated to helping others. We even feed the factionless, the ones who don’t fit in anywhere. Because we’re public servants, we are trusted to run the government. My father works alongside our leader, Marcus. It all works. Everyone knows where they belong. Except for me.
…

My mother says there’s an art to losing yourself. But I haven’t figured it out yet. I’m supposed to never think of myself, to always help others, to never look too long in the mirror.

Natalie: Are you nervous?
Tris: No. Were you? For your test?
Natalie: Mm-umm, no. I was terrified. But I didn’t have any reason to be, and neither do you. That’s all you get. Rules are rules.
Tris: Today I take the test. I’m scared it’ll tell me I’m not Abnegation, that I have to leave my family. But I’m even more scared that it’ll tell me to stay. For my brother Caleb it’s easy.

Caleb: Let me help you with that.
Tris: He’s a natural.
Caleb: Beatrice, do you wanna get the other bags?
Tris: Sure.
…
Caleb: What if she’d been blind or an amputee? Would you have helped her then?
Tris: I was thinking about helping her.
Caleb: It’s not that hard.
Tris: For you, maybe.
Caleb: Just relax, Beatrice. Take a deep breath and trust the test.
Tris: Trust the test. The test will tell me who I am, where I belong. Am I smart? Kind? Am I honest? Selfless? Or brave?

Joe: Hey, check this out. You know what Eric asked me when I got into work this morning?

Kristin: I have no idea, what did he ask you?

Joe: He asked me if I felt the earthquake last night.

Joe: I know, that’s what I said. He told me it woke him up last night.

Joe: It happened at 4:42 in the morning. So we must have been sleeping.

But it’s possible that even if we had been awake we might not have felt it.

Because maybe it wasn’t felt this far north.

I thought he was pulling my leg when he first talked about it.

Kristin: I guess it’s not so far-fetched considering we live on a major fault line here.

Joe: Yeah, but I think this earthquake was on a different fault line.

Because Eric lives just south of San Jose… and the earthquake, he said, was due east of San Jose.

So he was obviously a lot closer to the epicenter than we were.

So, I’m not even sure it was felt here.

Kristin: Yeah, that makes sense. Well, you know, I’ve experienced quite a few earthquakes in the past several years… but I’ve been living here a little over two years…

I think I’ve only experienced one here. It was really strange, too.

I should say, each earthquake has been a completely different experience. But the one I felt here… I was standing outside a restaurant talking to AJ and another friend…

…and all of a sudden it just felt like, this shift.

It’s really hard to explain, but it made me think of a cartoon.

Like how, in the cartoon, buildings might just shift to the right and then shift right back.

Kristin: Yeah, without falling. And I had no idea what was going on for a few minutes afterwards. And then I realized, oh, that must have been an earthquake.

Joe: Yeah, you know what I usually notice, the times that I’ve been at home, here… …and there has been an earthquake?

It’s almost as if there’s this really big train… or like a gigantic Mack truck going by.

And suddenly I start to hear the heater shaking.

And the noise is loud for like a second… and then it’s gone. It’s really weird, you know.

It’s almost like… the first couple of times I felt it, I wasn’t even aware it was an earthquake while it was happening.

Kristin: Well, that’s so funny you say that! Because one that I experienced in

Bangkok… it actually was after the tsunami… and so later I found out that it was aftershock from the tsunami.

But anyway, I was in a building up on the ninth floor…

…and I can’t believe that this building is shaking so much from the train.

And of course, a train wouldn’t have made a building, or at least me up on the ninth floor, feel something to that effect. And I think it happened about two times.

That one wasn’t until several days later, when I was talking to people, and they were like, “Oh did you feel the earthquake?”.

Then it dawned on me, oh, that was an earthquake.

Joe: Yeah, I know. It’s crazy how when you’re not used to feeling them you can think it’s something else.

Joe: I’ve been living here for a while now… and I’ve definitely felt my share of earthquakes. When you live here it’s a given that you’re gonna experience earthquakes. You just hope that you’re not gonna be here for the big one.

Joe: When I first moved here, it was about five years after the Loma Prieta earthquake, which was a very big earthquake here. And there are a lot of people who lived here, who I met, who had actually been living in the area when the earthquake hit. So it was interesting to get their perspective…

…and it also made me remember where I was when I heard about the Loma Prieta earthquake. I was watching the World Series on TV. And it was taking place in San Francisco. So, as I’m watching it, suddenly the announcer starts saying, “Wow, I think we are feeling an earthquake here.”

And the cameras started shaking. And all of a sudden the TV coverage cut out.

I wanted to get a rundown on what happened. So I turned to the news station… and within a few minutes they were discussing this gigantic earthquake that had hit San Francisco. And they started showing pictures, maybe thirty minutes later, of these people who were trying to weed through the rubble of these buildings that had been coming down. So, it was pretty scary, I’ll tell you what…

Kristin: Well, the three months I was living in Japan I experienced two. Both of those were very different from the one I had experienced here …and also very different from the one in Bangkok. But one of them… I was up in my apartment, which was on the fifth floor of a building. And I was woken up at about 5 o’clock in the morning to the building swaying. And because earthquakes are like a dime a dozen in Japan, they’ve built a lot of their buildings to absorb the shock. So that’s why it was swaying. It was a very surreal feel. 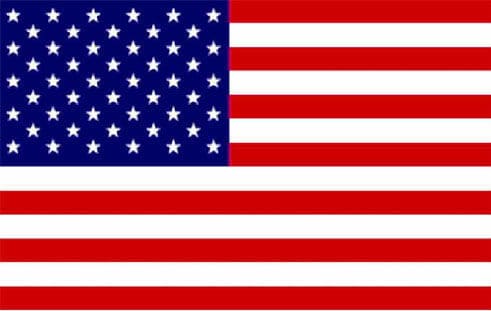